“When you start and there’s nothing, and then when you’re done…it’s a beautiful thing.”

Home News “When you start and there’s nothing, and then when you’re done…it’s a beautiful thing.”
Share on:

When he built sand castles as a child in the U.S. Virgin Islands, Primus Suffren would imagine building larger things that might last longer than the next tide.

Pursuing that dream took him from the Caribbean to Columbus Ohio, where he earned a civil engineering degree at Ohio State University, and then to Messer Construction Co.   At 33, he is a senior project manager in one of the busiest markets for Messer, which operates nine offices in Ohio, Kentucky, Indiana, Tennessee and North Carolina. 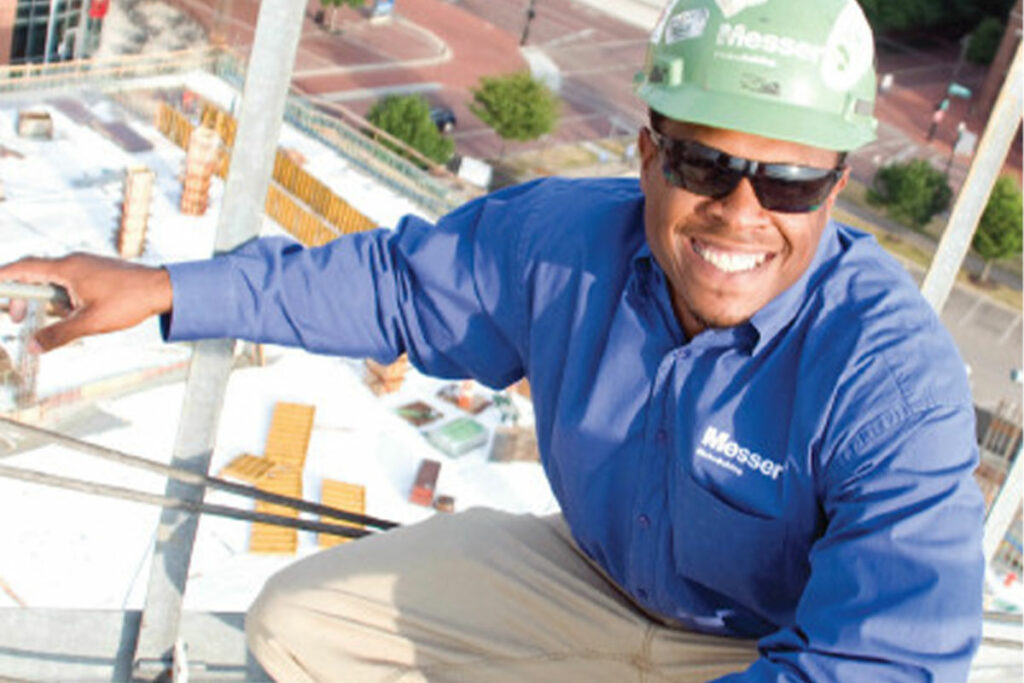 Primus has been just as driven about building a future for his family – his six brothers and sisters, and the family he may one day have, when he can slow down enough to start one. For now, that means bringing a sister to Ohio State, where she is now enrolled, and building up enough savings to make the other dreams come true.

And that’s a major reason why, as a newly minted engineer, Primus chose Messer. As a fast-growing, employee-owned company, Messer offered Primus the opportunity to leverage his contributions to the firm into a rapidly increasing equity stake. “The ESOP concept really appealed to me,” he said. “The connection between what you do for the betterment of the company and your own betterment.  In my opinion, it provides more motivation.”

Primus has other savings and investments, but he says that his largest and fastest-growing asset is his ownership of Messer. “It has performed much, much better than the stock market and almost every other kind of investment,” he said. That’s a detail Primus says he repeats on recruiting visits to his alma mater and other universities, where Messer’s employee-ownership gives the company an edge over competitors.

Primus enjoys representing Messer at these events, but not as much as he likes building things. “I love what I do,” he says, describing some favorite projects: a new fleet management facility for a local fire and police department, and the first LEED-certified science building in the region for a college or university. “When you start and there’s nothing, and then when you’re done…it’s a beautiful thing.”