WASHINGTON, D.C. – Sixty-eight percent of Americans say they support the concept of companies being owned by their employees, according to polling by Public Policy Polling and released by Employee-owned S Corporations of America (ESCA). The poll also found that nearly 60 percent of Americans would favor legislation which makes it easier for employees to own their companies.

“Employee stock ownership plans (ESOPs), and S corporation ESOPs in particular, are a proven social and economic model that provide tremendous benefits to businesses and employee owners, including higher productivity, profitability, job stability, and job growth,” said Michael Wofford, Chair of ESCA’s Policy Committee and Executive Vice President of the California-based Entertainment Partners. “It’s time our legislators expand opportunities for Americans to own a piece of their businesses and enable them to secure their financial futures.” 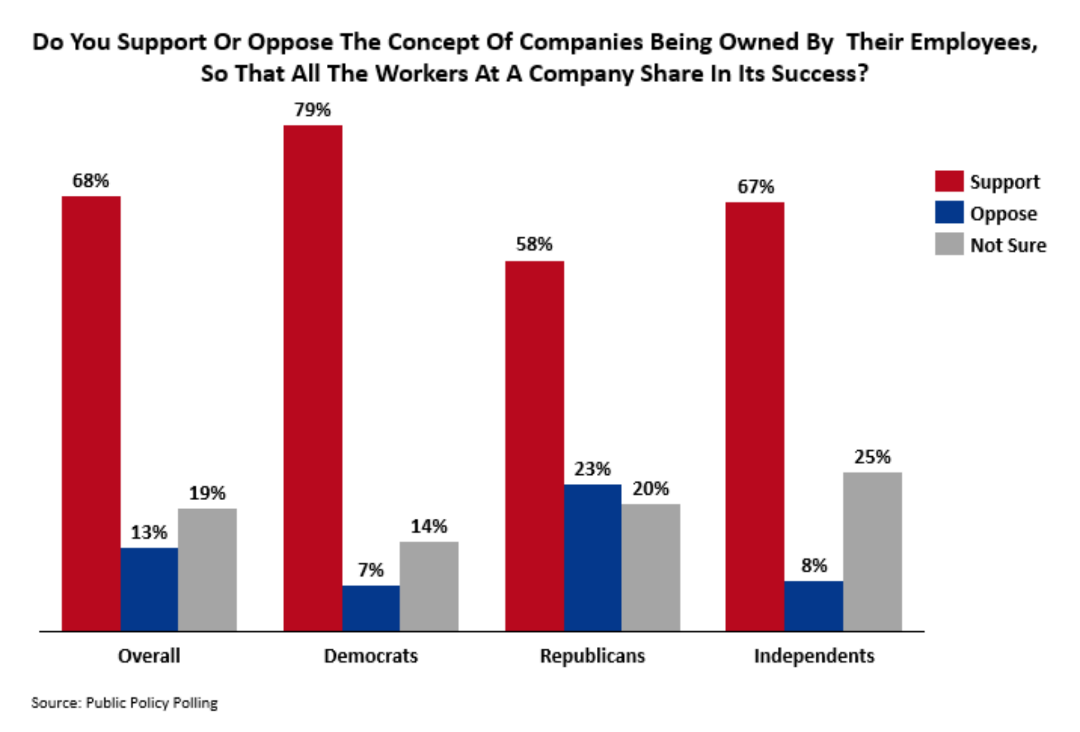 “Employee ownership is a bipartisan solution for reducing wealth and wage inequality in America,” said ESCA President and Executive Director Stephanie Silverman. “Americans deserve a share in their companies’ successes and our government should do more to encourage the expansion of ESOPs.”

Additionally, polling found that 70 percent of Americans – 72 percent of Democrats and 67 percent of Republicans – consider employee ownership to be All-American, like baseball, hot dogs, and apple pie.

Bipartisan legislation is currently under consideration in both the U.S. House of Representatives and the U.S. Senate that would expand S corporation ESOPs by providing incentives to business owners to sell their companies to an ESOP, providing more employees with ownership of their companies and a stake in the businesses’ success.

ICYMI: ‘American Workers Need A Recovery That Benefits Them. Employee Ownership Can Help Deliver It.’