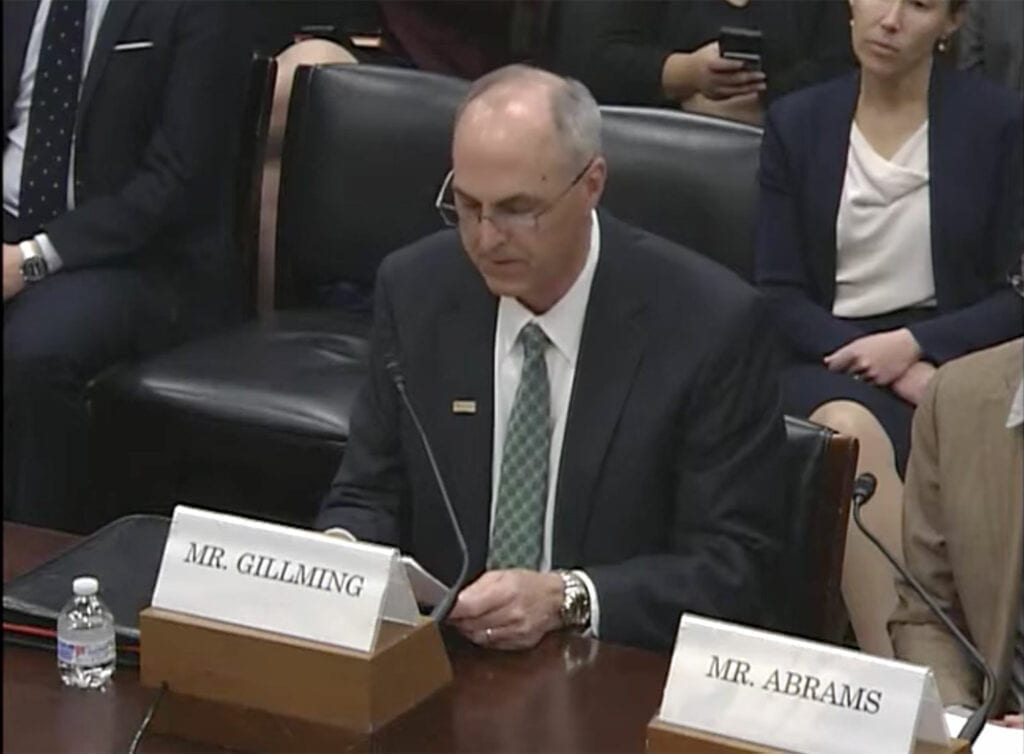 “Our country’s investment in ESOPs (Employee Stock Ownership Plans) allowed 99 Messer employees to purchase their future. And the engagement that opportunity created, has resulted in growth. Today, operating from 10 regional offices, Messer performs more than one billion dollars in construction annually. And, here is the measure of the change that our ESOP brought to our retirement savings: Messer now provides quality jobs and predictable retirement for over 1,200 individuals and has company-funded retirement assets for those employees totaling more than $400 million,” Gillming told lawmakers.

“Through our engagement with the Employee-Owned S Corporations of America we have come to know of hundreds of companies with stories similar to ours; and the data from ESCA’s quality research shows that ESOP companies are more robust, more sustainable and provide higher levels of diversified retirement benefits than non-ESOP companies. The Messer ESOP is in-place and working well for us; however, Messer manages a vendor supply chain of small local subcontractors who are increasingly at risk from forces both external and internal. For that reason, Messer supports ESCA’s work to promote bipartisan legislation – H.R. 2258 – that would encourage more employee ownership by providing incentives to S Corporation business owners to sell to an ESOP when they are looking to transition out of the business. This will allow more American workers to build meaningful retirement savings that those of us at Messer have realized through employee ownership,” he continued.

Gillming’s remarks were echoed by ESCA’s Executive Director, Noelle Montaño, who explained to the committee in a statement that “[t]here are almost 3,000 S ESOPs in the U.S. which account for $92 billion in direct output to the nation’s economy. It was almost 24 years ago that Congress passed legislation creating S ESOPs. Congress’ goal in 1996 was to encourage employee ownership of private industry, enable workers to benefit from their labor, and create a path for building meaningful retirement savings. Data show that today, S ESOPs are doing exactly that. More than two decades later, private employee-owned companies have been a remarkable success story for American workers … Quite simply, more S ESOPs means more worker savings, wealth and wage equality, job stability and national economic benefit.”

Thanks to S ESOP legislation passed by Congress more than 20 years ago, hundreds of thousands of American workers in all 50 states have gained the opportunity to have equity in the businesses where they work. Today, S ESOPs accomplish exactly what Congress intended them to do: create jobs, generate economic activity and promote retirement savings.

ESCA, Employee-Owned S Corporations of America, is the voice in Washington, DC that speaks exclusively for employee-owned S corporations (“S ESOPs”). Since 1998, ESCA’s membership has grown to represent more than 215,000 employee-owners in virtually every state in the nation. ESCA company members engage in a broad spectrum of business activities and are a variety of sizes – from 25-person businesses to companies with 18,000+ employee-owners – but all have one thing in common: a commitment to protecting the S corporation ESOP structure and promoting it so that more working Americans can become employee-owners. To learn more, please CLICK HERE.

Messer Construction Co. is a construction manager and general contractor, based in Cincinnati, Ohio, providing leadership for complex, commercial construction projects in the Aviation, Federal/Military, Health Care, Higher Education, Industrial, and Science and Technology market segments. An employee-owned company, Messer’s transformational investment in its people, communities and innovative building solutions has enhanced the landscape of 10 regions throughout the Midwest and Southeast in which its employees live and work. A local builder with national resources and expertise, the company has delivered value for more than 85 years through quality construction and client experiences, taking care to both exceed customer expectations and build long-term relationships.